Coming every Saturday, Hodler’s Digest will help you track every single important news story that happened this week. The best (and worst) quotes, adoption and regulation highlights, leading coins, predictions and much more — a week on Cointelegraph in one link.

Notable applications include those for an online marketplace for digital goods, virtual reality events and communities, and Mastercard payment processing in the Metaverse. Furthermore, the firm is aiming to virtually trademark its “Priceless” slogan via tokenized text, audio and video.

Another filing outlines an intention to get Mastercard’s branding and name on sponsorship deals for metaverse-based sporting events, concerts and festivals.

Epic Games, the creators of the wildly popular Fortnite game, raised $2 billion in funding at a valuation of $31.5 billion. The round was led by Sony and The Lego Group’s holding company, Kirkbi.

The funds will go towards scaling Epic Games’ Metaverse plans, with chief executive officer and founder Tim Sweeney stating that the capital will help create “spaces where players can have fun with friends, brands can build creative and immersive experiences and creators can build a community and thrive.”

While there may not be a crypto or NFT link there specifically, Epic Games is also the developer of Unreal Engine, one of the most prominent game engines. The latest iteration, Unreal Engine 5, is able to facilitate the creation of NFT-based play-to-earn (P2E) games, offering a strong signal that the firm is eyeing the sector.

Ripple Labs scored a “very big win” in its long-running dispute with U.S. Securities and Exchange Commission (SEC) this week, according to Ripple community lawyer James K. Filan. While both parties have traded many blows during the legal battle, Ripple appears to be growing confident that its arguments against XRP being a security will hold up in court.

Presiding Judge Sarah Netburn denied the SEC’s request to reconsider shielding important documents under privilege relating to a June 2018 speech made by the SEC’s former Director of the Division of Corporate Finance William Hinman, who stated that Bitcoin and Ether were not securities.

“The SEC seeks to have it both ways, but the Speech was either intended to reflect agency policy or it was not. Having insisted that it reflected Hinman’s personal views, the SEC cannot now reject its own position,” said Judge Netburn.

The Federal Senate of Brazil has announced the drafting of a bill that will enable the regulation of the local cryptocurrency market. The long-debated issue is set to come to an end soon, with the bill due to be sent off for a full senate vote soon.

Two legislators, Senator Irajá Abreu and Federal Deputy Áureo Ribeiro, both rapporteurs of the aforementioned proposals in their respective legislative chambers, are drafting the bill.

“By joining the projects together, we accelerated the approval of this cryptocurrency milestone,” said Senator Abreu. “There is a market demand for a safer business environment and the need for criminal classification to avoid fraud, in addition to adjusting Brazil to international agreements.”

Coinbase reportedly suspended crypto payment services via its Unified Payments Interface (UPI) for Indian users earlier this week. It wasn’t an ideal move for the cryptocurrency exchange, given that it had just launched its services in the nation, but it was said that local regulators were the main reason behind the decision.

The exact reason for the suspension is unclear, though UPI is a payment portal governed by the National Payments Corporation of India (NPCI). On Thursday, the NPCI released a statement saying that it did not recognize the legal standing of any crypto exchanges using UPI. According to local crypto influencer Aditya Singh, Indian exchanges have been facing similar payment service problems since at least 2018.

According to reports from Indian financial publication Business Standard, Coinbase stated that it is “committed to working with NPCI and other relevant authorities to ensure that we are aligned with local expectations and industry norms.” 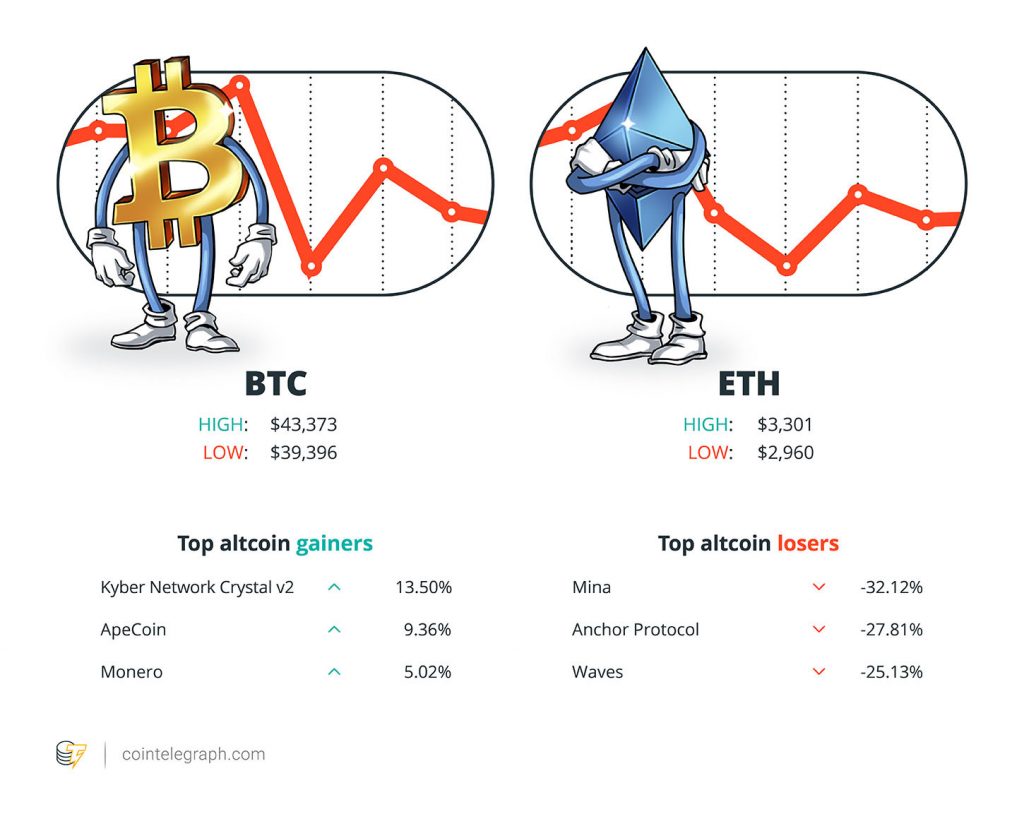 For more info on crypto prices, make sure to read Cointelegraph’s market analysis.

“Stablecoins are the perfect Trojan horse for Bitcoin.”

“This isn’t inflation. This is [the U.S. dollar seeing] currency devaluation.”

“It won’t be June, but likely in the few months after. No firm date yet [for the Ethereum mainnet/Beacon Chain merge], but we’re definitely in the final chapter of PoW on Ethereum.”

“While the idea of using such a functionality as a means to achieve a negative interest rate is sometimes discussed in academia, the Bank will not introduce CBDC on this ground.”

Shinichi Uchida, executive director of the Bank of Japan

“If I pay with 100 euros in cash in a supermarket, I don’t have to show my ID card or identify myself. I simply pay with cash, and that’s it. And why should that be different in the crypto sector? I don’t understand that. We in Germany love cash, and we still accept an EU-wide cash payment cap of 10,000 euros. Why don’t we make the same rules of the game for crypto if we already have these rules of the game? Normal world, crypto world. Yes, we need regulations, but you still have to leave room to breathe.”

“The bulk of the Bitcoin ‘mooning’ happened behind the curtains, in the good old days when governments and tax agencies were none the wiser.”

Prediction of the Week

This week, Bitcoin’s price traded downward and somewhat sideways for the most part, breaching below the $40,000 mark on multiple occasions, according to Cointelegraph’s BTC price index. BTC traded above $43,000 and below $39,500 inside the week.

Arthur Hayes, BitMEX’s former CEO, expects lower prices for Bitcoin in the weeks ahead. His reasoning: central banks have recently made it their mission to combat inflation — or at least make it seem like they’re fighting inflation. Whether they’re serious or not in combating inflation, they still need to raise interest rates and reduce the magnitude of their quantitative easing programs. These actions will have a negative impact on the “debt-based global economy” of which crypto and Bitcoin are a part, according to Hayes.

“By the end of the second quarter in June of this year, I believe Bitcoin and Ether will have tested these levels: Bitcoin: $30,000; Ether: $2,500,” Hayes wrote in the blog post.

FUD of the Week 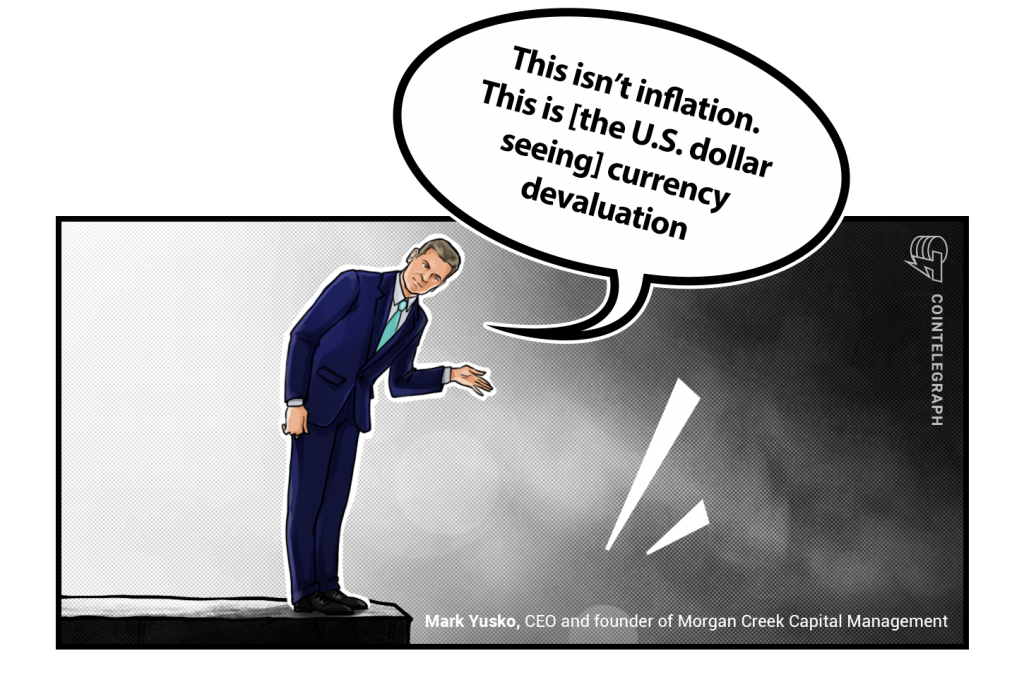 Facebook whistleblower warns Metaverse will repeat ‘all the harms’

Facebook whistleblower Frances Haugen has slammed Meta in a new interview, warning that the firm could once again repeat the data- and power-hungry tactics that made the social media platform so successful.

Haugen highlighted that the Metaverse will give Meta even more opportunity to spy on its users than before and that the world will simply have to trust that the company does the “right thing” with all of its users’ data.

“They’ve made very grandiose promises about how there’s safety-by-design in the Metaverse,” she said. “But if they don’t commit to transparency and access and other accountability measures, I can imagine just seeing a repeat of all the harms you currently see on Facebook.”

The Wikimedia Foundation community has voted in favor of a proposal to stop accepting crypto donations, citing the reputational risk of accepting digital assets along with the environmental impacts of Bitcoin’s mining practices. Wikimedia is the non-profit organization that hosts the popular Wikipedia website.

The anti-crypto vote was in the strong majority, with around 71% of the 326 votes from Wikimedia contributors requesting that the Wikimedia Foundation stop accepting crypto donations.

“Bitcoin and Ethereum are the two most highly-used cryptocurrencies, and are both proof-of-work, using an enormous amount of energy. […] The current models continue to be extremely damaging to the environment. While there are eco-friendlier cryptocurrencies, they are less widely used,” the proposal read.

Texas and Alabama state securities regulators have filed a cease and desist order against the Cyprus-registered virtual Sand Vegas Casino Club in order to “stop a fraudulent investment scheme tied to metaverses.”

The firm has been accused of illegally offering NFT sales to fund the development of virtual casinos in metaverses, with a collection of 11,111 NFTs, in particular, offering the hodlers a supposed share of future profits from the casinos.

“The Respondents are also devising a scheme to obstruct any attempt to regulate the Gambler NFTs and Golden Gambler NFTs. […] They are misleading purchasers by claiming they can simply avoid securities regulation by implementing illusory features or using different terminology,” according to a Texas State Securities Board news release describing the order.

The FBI’s takedown of Virgil Griffith for breaking sanctions, firsthand

“I regularly roll grenades into the room, and someone needs to really jump on it.”

Satoshi may have needed an alias, but can we say the same?

“If you are running a multi-million-dollar protocol, it’s not wise to remain anonymous. You need to be visible to ensure that you won’t suddenly rug-pull and get away with it.”

Since the hack of Axie Infinity’s Ronin bridge, developers behind the game have raised $150 million to reimburse the affected users.