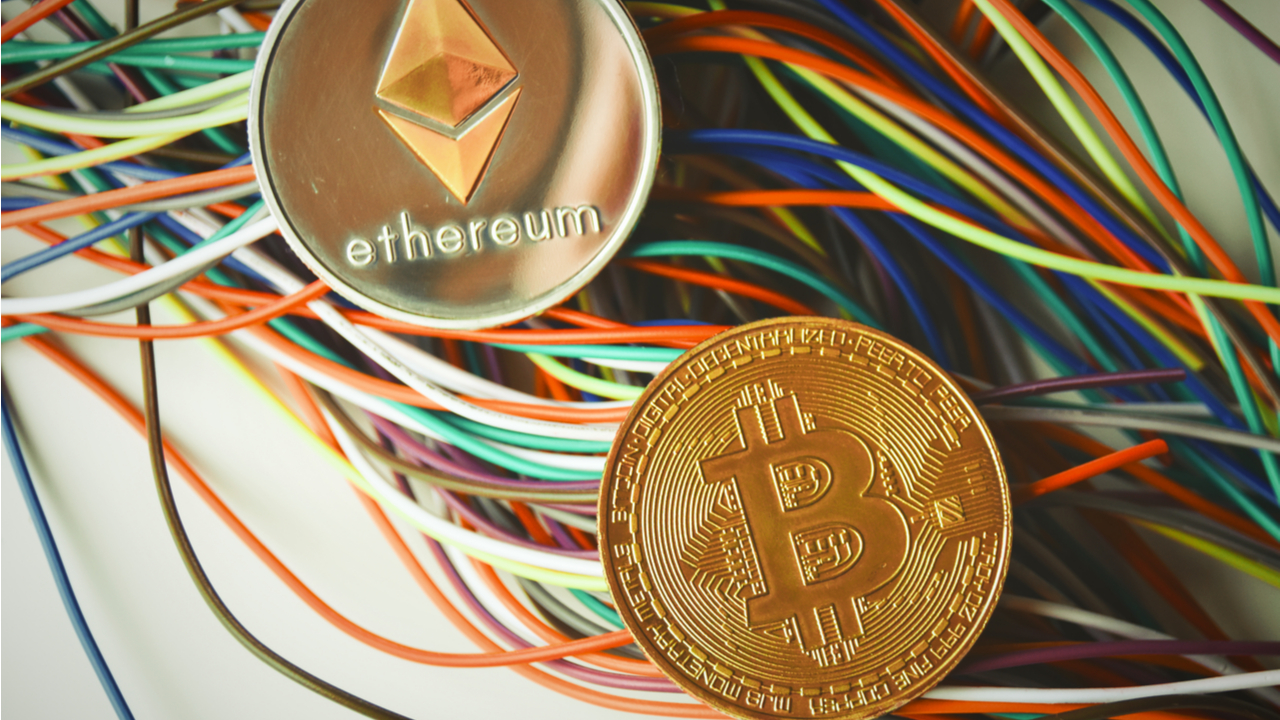 Ethereum rose to a one-month high above $3,000 on Tuesday, as the global cryptocurrency market place rose by nearly 4%. Bitcoin was also higher during today’s session, moving to its highest point in over three weeks.

Bitcoin rose to its highest level in three weeks on Tuesday, as the world’s largest cryptocurrency climbed beyond the $43,000 level.

This is the highest level BTC has traded since March 3, when prices were on their way down from a high of over $45,000.

Tuesday’s surge in price comes as the 14-day RSI moved past its recent ceiling of 54.40, and is now tracking at 57.7, which is another multi-week high.

Looking at the chart, today’s move sent prices close to a short-term resistance level of $43,425, which triggered a pullback, as bulls likely secured some gains.

The 10-day and 25-day moving averages have also continued to extend recent upwards momentum, which could be a good sign for bulls targeting $45,000 in upcoming days.

ETH was up by 2.3% as of writing, as the world’s second-largest cryptocurrency extended its recent gains

On Tuesday, ETH/USD hit an intraday high of $3,022.21, as prices marginally moved beyond the long-term resistance level of $3,020.

This move means that ethereum is now almost 20% higher in the last seven days, after a run that saw it gain for 8 of the last 9 sessions.

Price strength has also peaked, with the 14-day RSI indicator now tracking above 60, which is the highest it has been since February 9.

However, now that we are relatively overbought, and with prices trading at a historically bearish resistance level, the stage could be set for a reversal.